Before I post the pics from the Konsert Gemuruh DT, I would like to share with you some UGLY behaviours of some concertgoers that I have witness with my own eyes.

First incident happened when the gates were opened around around 7:20pm on 25 Dec 2010.

There was a scuffle between the security personnel with the some punks. There was some shouting. Thank God nobody got hurt.

I don't know what is it with these troublemakers. Why can't they just line up properly and go through security check like anyone else?

We all just want a good time.

Later, the troublemakers were allowed in with just a slap on the wrist. Personally, those flers should be banned from concert for life! Hooliganism is not acceptable in our society!

Next incident happened inside the concert venue. 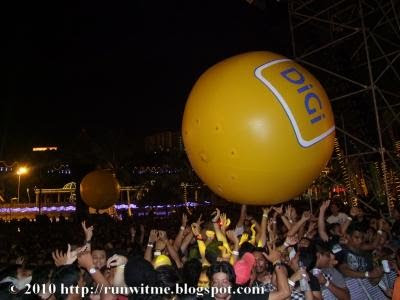 A few giants DiGi balls were released to the crowd. It was meant to be pushed around on top of concertgoers for fun. 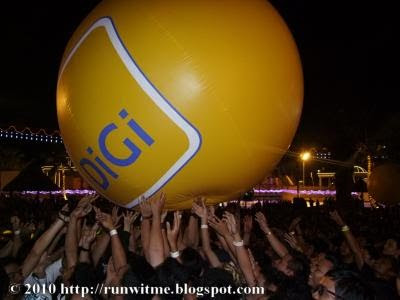 Some of the monkeys, yup I called them monkeys based on the Malay idiom - Macam kera dapat bunga. Translated: like monkey is given flower. Not only it doesn't appreciate the gift, it will only destroy the flower. 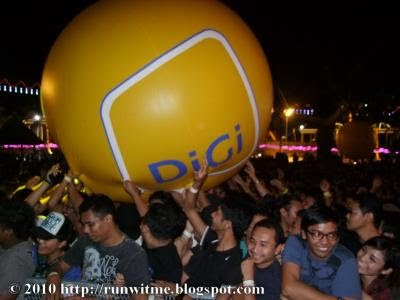 This is exactly what happened to one of the balls. 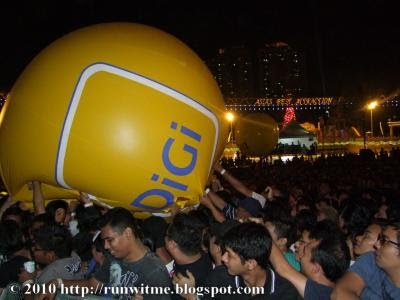 The monkeys got their dirty hands on it and clawed the air out of the ball. 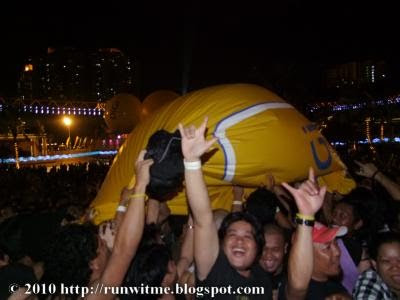 ...and the sad thing is that they celebrated it as if it was a triumph! Bloody vandals! 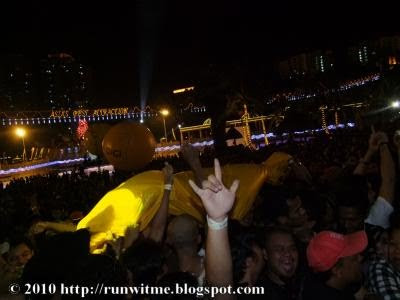 Just made my blood boil! I have seen similar balls at other concerts but they were bounced around with glee. Not destroyed by monkeys! 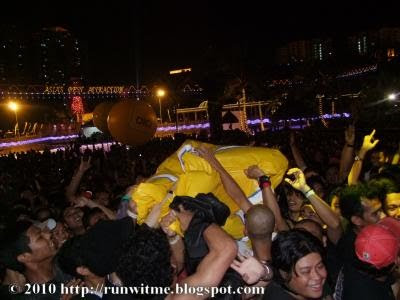 It baffles me why they do such a thing. Is it the level of education? Where does the appetite for destruction come from? Where are the mindfulness? Where is the respect for others? 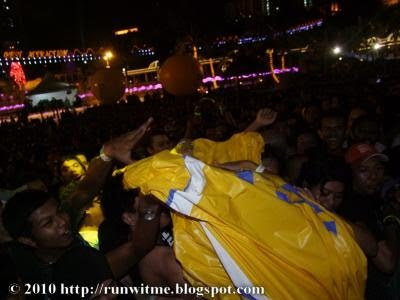 I'd love to hear your comments.

Should've given them metal balls..

These people are PR supporters...

I don't like the ball too. It irritate me coz i wanna watch the artist performing on stage, not throwing big giant balls to be passed around.

Bunch of uneducated barbarian they think it's food falling down from the sky.