The streets of Batu Ferringhi came alive at 7am on 18 December 2010 with Rock to Rock runners gathered for the first Rock to Rock Run 2010 organized by Hard Rock Hotel Penang in conjunction of the Penang Beach Carnival.

This 5km fun run is the first programme which kick-started the one day beach carnival organized by Majlis Sukan Negeri Pulau Pinang.

This charity fun run was launched on 1 October 2010 and sold out to 1000 runners in 2 weeks. The amount of RM40,000 raised through this run is donated to Rumah Kebajikan Seri Cahaya to build a new kitchen at their new home. 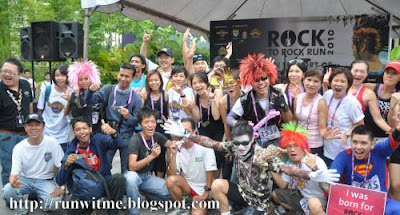 Despite the postponement of the run, the committee and runners were all in high spirits. Runners were seen at the registration counter from as early as 6.15am followed by an entertaining warm up session led by the Hard Rock Beach Club team at 6.45am.

The race was officially flagged off at 7am by YB Lydia, the Chairman of Youth and Sports, Women, Family and Community Development Committee and Chairperson of Penang Beach Carnival 2010 together with Shane Coates, the Executive Assistant Manager of Hard Rock Hotel Penang. 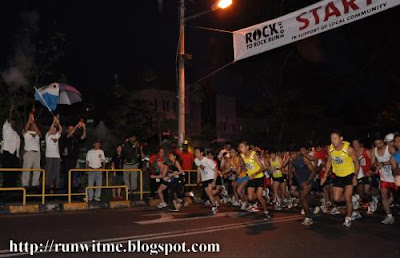 “At Hard Rock Hotel Penang, we believe in our commitment in philanthropy to make this world a better place to live. We are thrilled to see the first Rock to Rock Run coming to a great success and had achieved beyond our objectives. The passionate support that we received from the State Government, our sponsors and runners was indeed overwhelming. We would like to express our thanks and appreciation to everyone that has contributed to make a difference in the lives of thechildren and underprivileged at Rumah Seri Kebajikan Seri Cahaya,” said Shane Coates, Executive Assistant Manager of Hard Rock Hotel Penang. 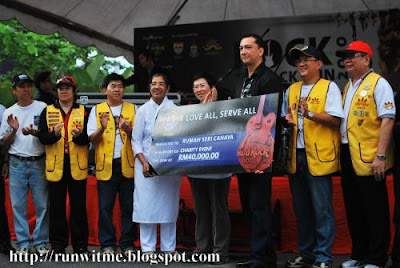 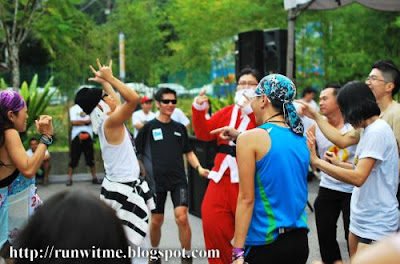 After the run, all the runners gathered at the car park for a fun-filled morning with food, drinks and live performances Jogadanz from Indonesia, Cadenza Brass Band and The Jazzhats and Ray. 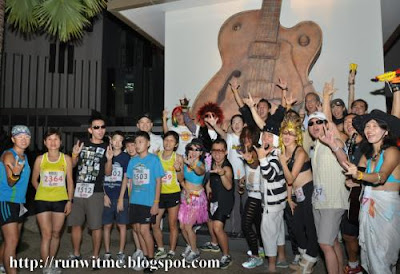 Congrats to Hard Rock Hotel for the success of the inaugural Rock To Rock Run! I hope the KL Hard Rock Cafe will do the same thing here, otherwise we would have to travel up to Penang for the next edition. (Insert wink here!)