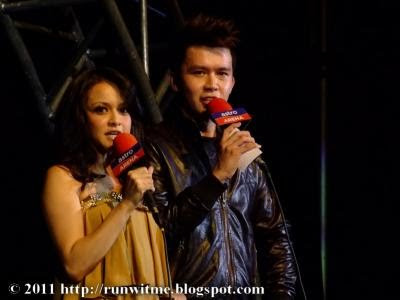 Having enjoyed the Fight Night Day 1 so much, I decided to return on the next day. The turn out was slightly poorer than the night before probably due to NYE countdown parties. 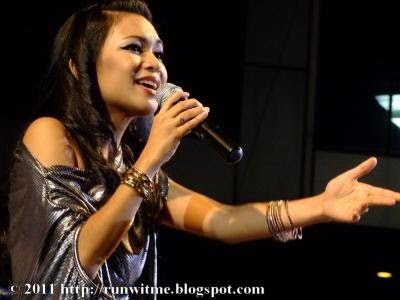 Nadhira was the first artist to perform. 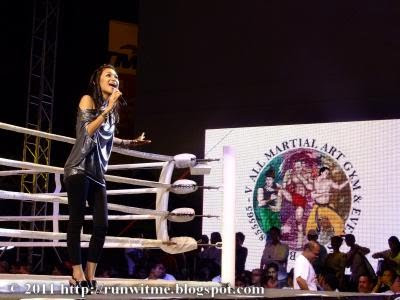 Followed by all girl trio, Senoritas. 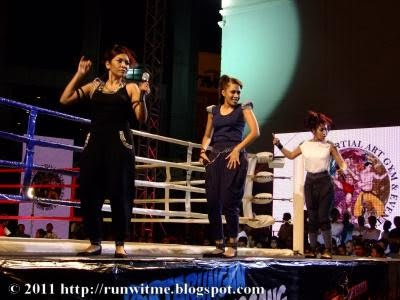 We like the dance moves and song, Magic but we are not too sure if we dig the MC Hammer pants...LOL! 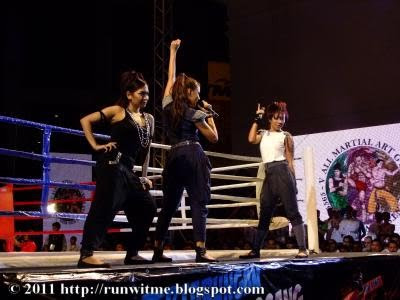 The fashion show by Key Ng was the same as the day before, so I am not gonna post any pics here. 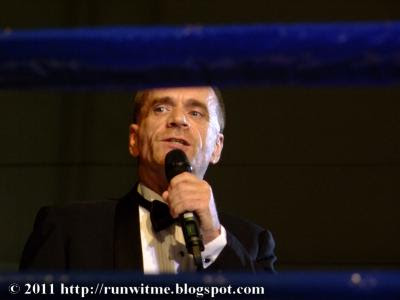 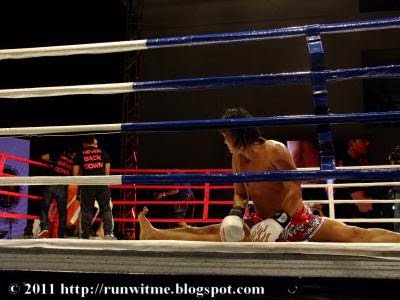 What an exciting fight! It was fast and furious. 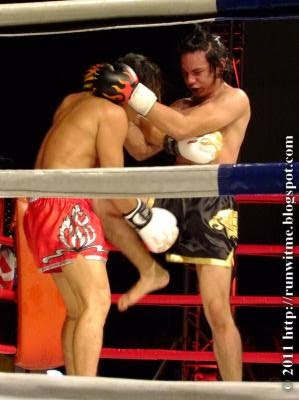 Both attacked each other like vicious wolves...It was more exciting than any of the fights the night before. :) 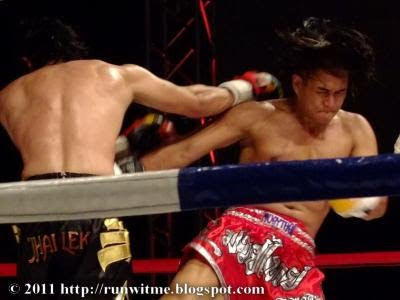 I think they were saving the best fights for the Astro Arena Channel. LOL! The fight was telecast live on Astro on the second night. 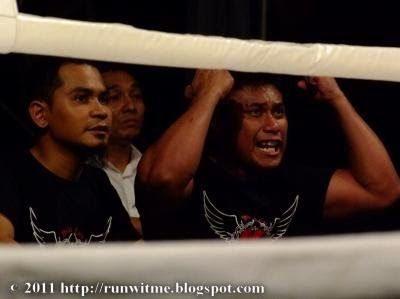 I will not hesitate to return again for AMAE if it is held again on 2011. It's a great platform to introduce martial arts and also showcase our very own Muay Thai warriors. 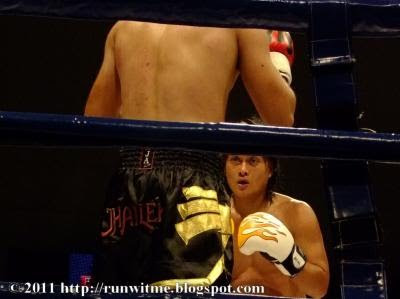 I left early after the first fight to Dataran Merdeka for Ambang 2011 Concert....Mizz Nina was waiting...LOL!