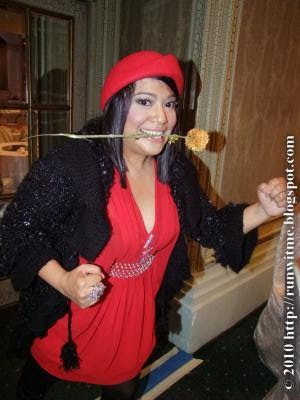 I was pleasantly surprised with how easy it was to get Fran to give me a running pose at a charity show just now. LOL! She even put a flower she received from her "admirer" earlier between her teeth!

Thank you, Fran. You're the best! 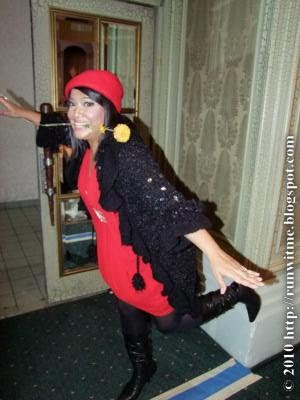 I remember I used to watch her on TV very single night before Berita Perdana with the "Setia" song, which is dubbed the second Malaysia anthem...LOL!

Her musical career is amazing, having over 20 No.1 hits in the local music charts and the title of "Best Female Vocalist" for 5 consecutive years in the 80's! 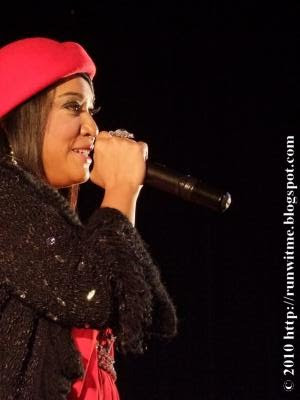 I grew up listening to her songs and I am a fan still! She is one of the singers whose songs I have no problem memorizing. The other singer is Sheila Majid. 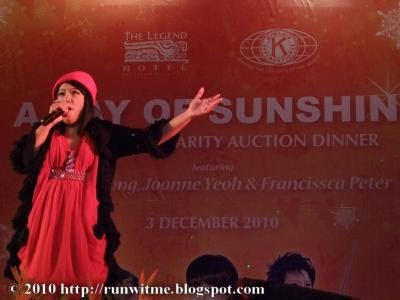 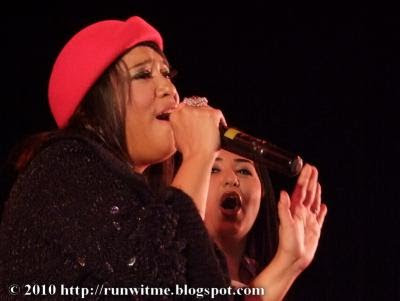 She belted out some Christmas songs - including Silent Night in 4 different language - Mandarin, Tamil, English and Malay! Wow! 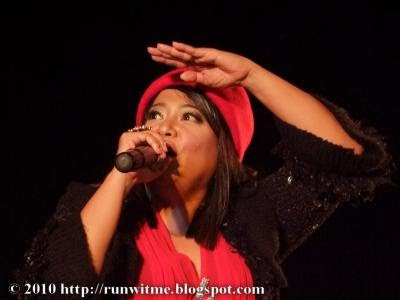 Then she got the crowd (or at least four people pulled from the crowd onto the stage) dancing to Baby by Justin Bieber! LOL! Frankly I prefer Fran's version to that of whiny prepubescent voice of Justin. ;) 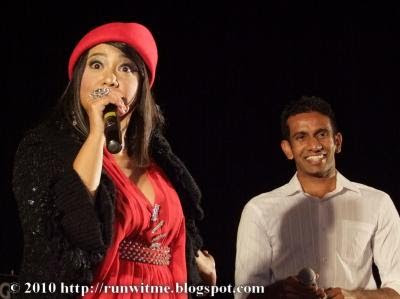 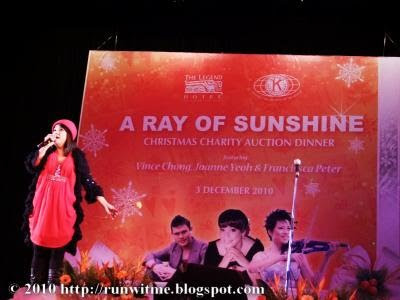 Fran was joined on stage by Vince Chong and violinist, Joanne Yeoh at the closing of the show. 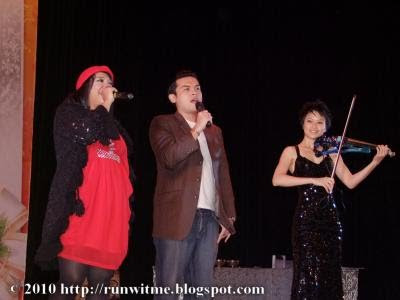 FYI, Fran will be holding her ‎33 year Anniversary Mega Concert in Feb 2011. We are very excited about this news and will not miss it for the world! :) 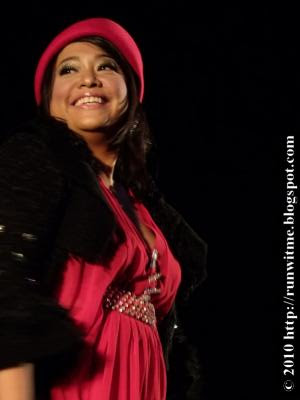 Here's a video I recorded during the ESC Jazz Festival not long ago at Empire Shopping Gallery. A sparkling new version of her megahit Sekadar Di Pinggiran.