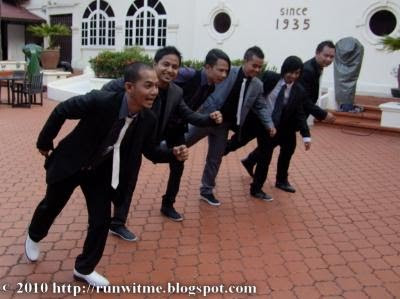 Ha! Get a load of this. Not only one, but six Celebrunners this time! :)

They are SOFAZR, a popular local modern rock group that debut in 2004 with the album, "Cintai Aku". They have several hits to their names like "Bukan Di Sini", Dan Bila Esok" and "Janjiku"

We attended their latest (sixth) album launch at Saloma Bistro and Theatre Restaurant this evening. 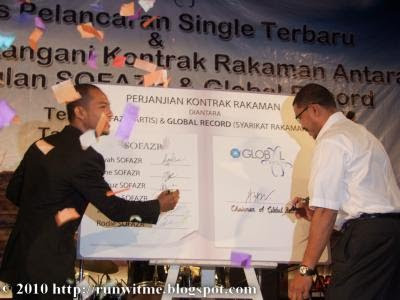 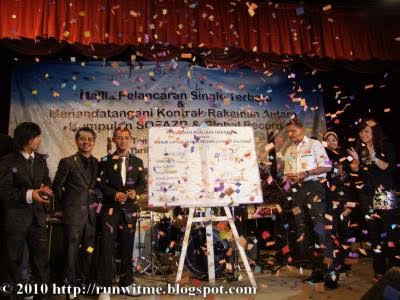 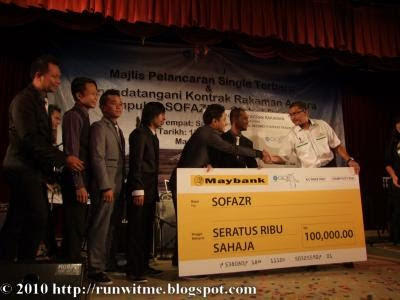 The new album titled, Maaf Dari Hati Mohd Atlas means "a plea of forgiveness from a man for the world". I hope I get that translation right. It's a weird title for an album but quite memorable. :) 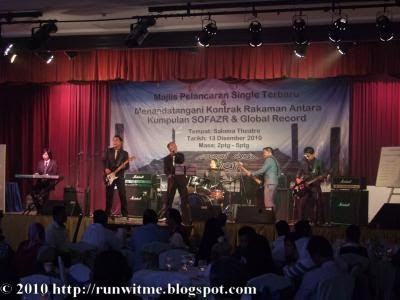 The album contains 10 songs, all composed by Mohd Atlas. 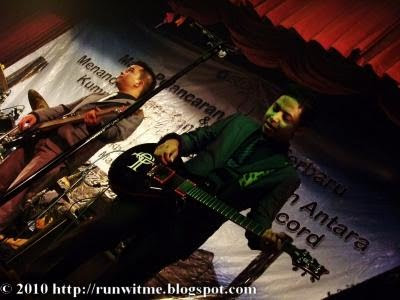 Oops! I didn't get her name. She is also featured in one of the song in the album. Tried looking in the CD cover but no info. Aduh!

Updated: Her name is Shiha. The song is called "Dan Bila Esok" and not from the album mentioned. Thanks to ~M.i.z.D.i.e.L.a~ for the correction. :) 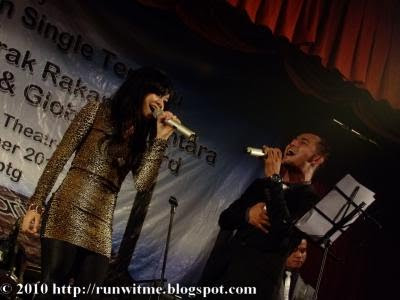 SOFAZR entertained the guests and fans with a few songs from the album. Pretty catchy stuff. Radio friendly songs about love, heartbreak, and more love. 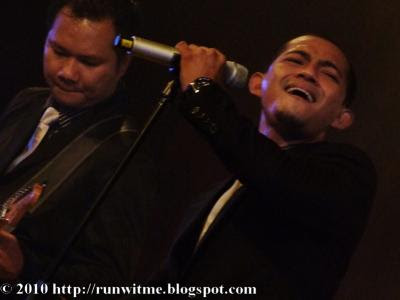 Tomok was also present at the album launch. We featured Tomok as Celebrunner HERE. The emcee of the event was funnyman, A.R. Badul. 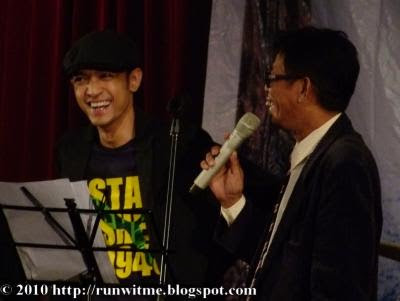 Congrats to SOFAZR with their new album and new record company! 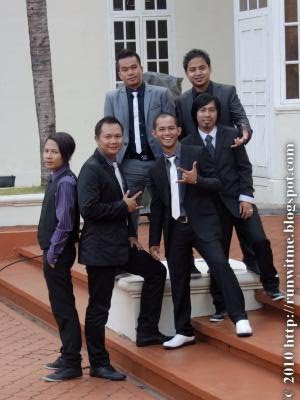