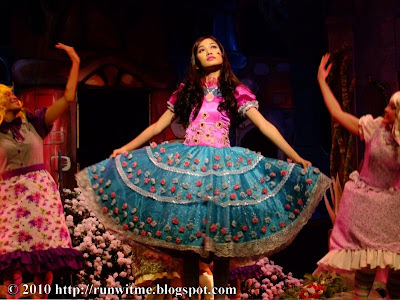 Yesteday night I had a chance to "run" into the fantasy world with Siti at Istana Budaya. :)

Siti Di Alam Fantasi is an amazing all local musical production, I must say. Even though it was a just rehearsal (not even a full costume rehearsal), I was enthralled by the set, choreography and kaleidocopic characters that graced the stage! 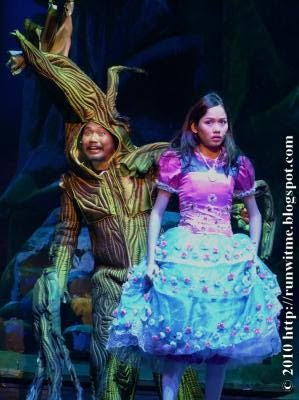 We followed a rich but arrogant little girl named Siti (Liyana Jasmay) who was sucked into a fantasy world with her servant in search of her family missing "geliga" or precious gem. 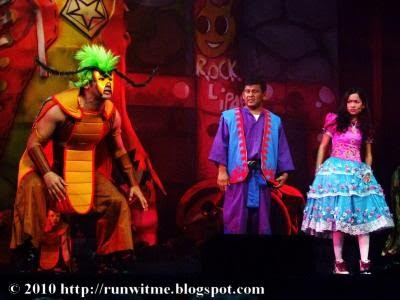 The campy caterpillar had us in stitches. 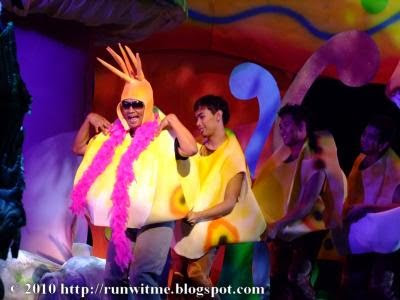 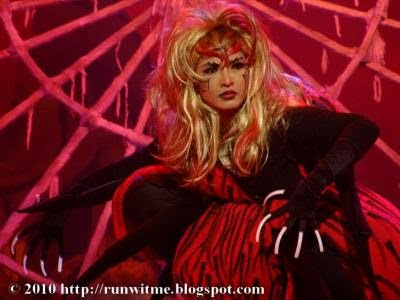 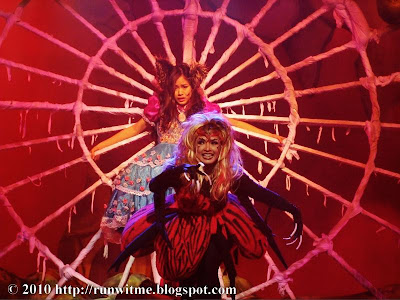 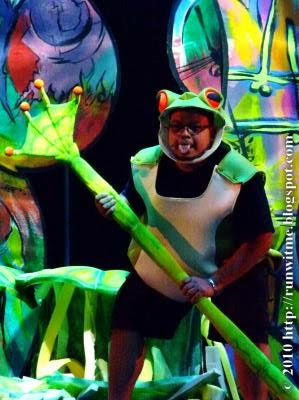 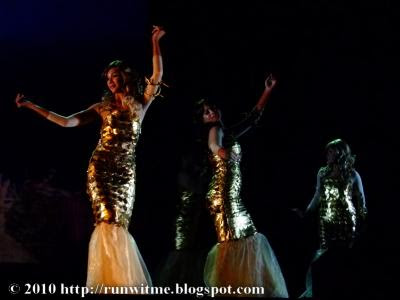 Siti....all ears. LOL! She was turning into a donkey for her arrogance. 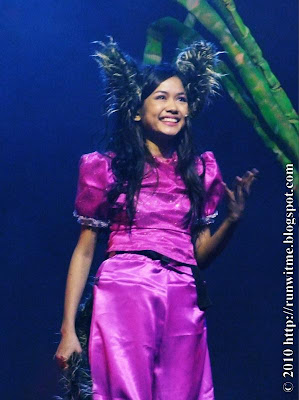 Siti learned about self-sacrifice, friendship and humbleness. At the end of her journey she also got herself a prince (Fizo Omar) with a funky headgear. LOL! 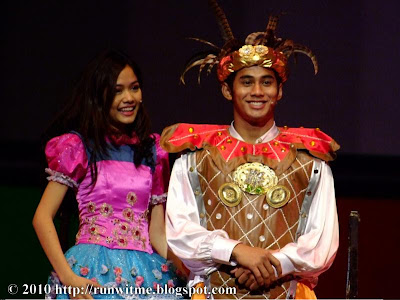 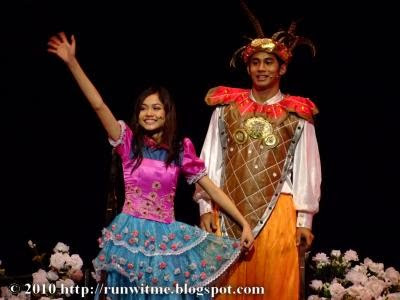 I enjoyed the show very much, I really do. I fact I will go watch it again! The cast is stellar! Bravo! Go watch it and be amazed!