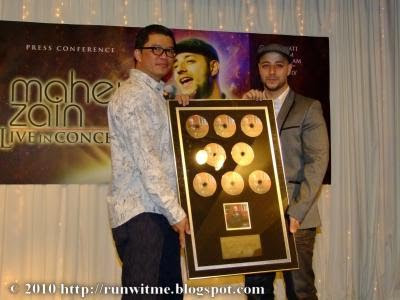 Wow...This fler sure like Malaysia, eh? Having called Malaysia's his second home, he will be back here again (again?) in February 2011 for a two days full blown concert at Staduim Malawati Shah Alam.

This was announced at a press conference at KL Tower just now. Prior to the press announcement of the concert, there was a Platinum Award giving ceremony to Maher Zain. 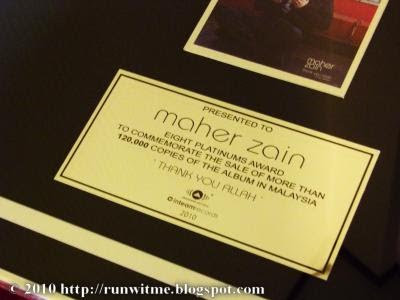 His debut album called Thank You Allah has sold over 120,000 copies in Malaysia, entitling him for 8 Platimun Awards. 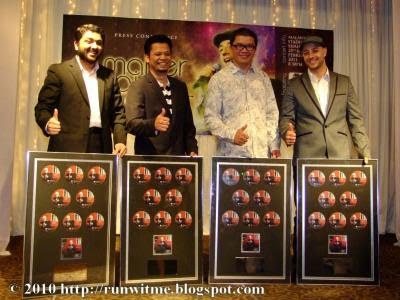 Maher Zain first ever live appearance in Malaysia in two mini concert held in Shah Alam on October 14 and 15 was sold out without much major promotion. Then his recent 3 days Charity Night Dinner Show also received overwhelming response. 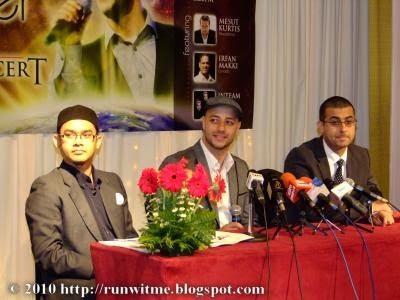 On November 1, Maher Zain became the first Muslim artist to hit 1 million fans on Facebook just over 1 year after the launch of his debut album, a feat unmatched by any other contemporary artists. 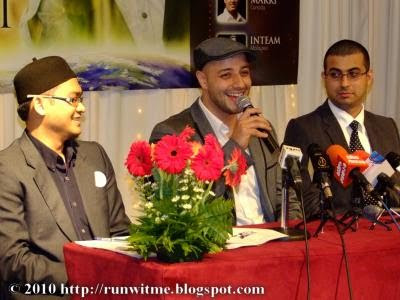 Statistically 65% of Maher Zain fan base is in Malaysia. Wow, no wonder he can't ignore this part of the world. Heheh! 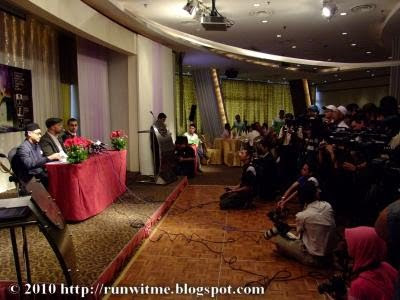 Great news for the Malaysian fans, Maher Zain will be recording a Bahasa Malaysia version of Insha Allah. There are many versions already in the market - Arabic, French, Turkish apart from the original English version. 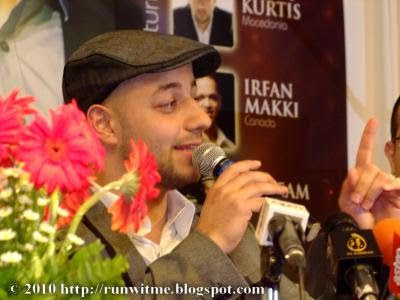 I think we should feed Maher Zain more sambal belacan to get his tongue softened for singing in Bahasa Malaysia. LOL! 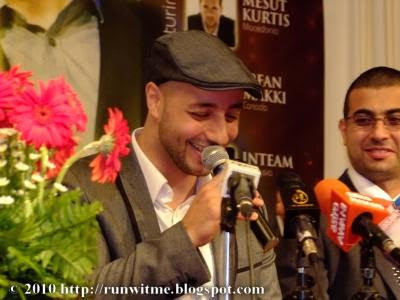 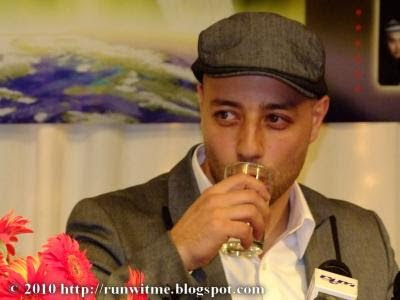 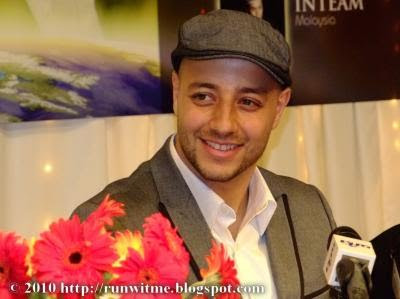 When asked if his wife would be attending his concert in Malaysia, his response was a no. Little wifey stays at home, OK? Kena jaga rumah. :) 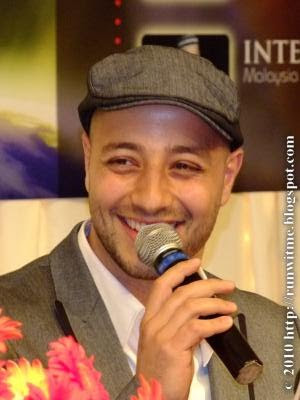 His concert will be featuring Mesut Kurtis from Macedonia, Irfan Makki from Canada, Inteam from Malaysia and will be backed by 10 professional live musicians. 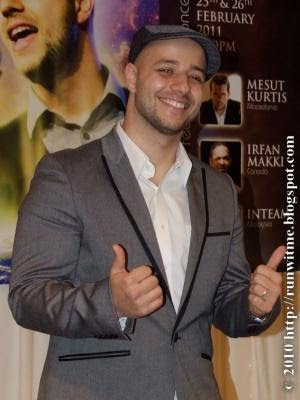 Inteam Records as exclusive distributor of Maher Zain's album in Malaysia with collaboration with Fiero Entertainment and Awakening Entertainment will be presenting to you.... 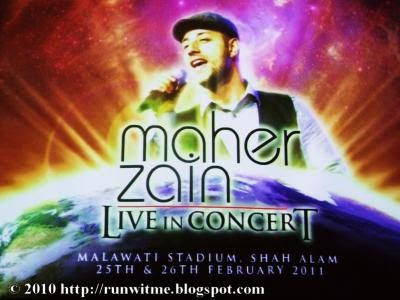 Tickets info will be announced in Jan 2011. We heard it will be from RM50 onwards.

For more info about the concert, please visit http://inteam.com.my

I voted for your Love entry :) Nice one! Hope you get chosen.

Another 8 days, Maher Zain's "Forgive Me" Live In Malaysia 2012 will rock the beat in Stadium Merdeka on 16 June 2012? A fans without tickets? Then get it now! 10 FREE VIP ENTRY tickets to be won easily. DON'T MISS IT! Join us at
http://www.newskaki.com/maher-zain-concert
now, the chances are now laid on your hands.
5% discount is given to direct ticket purchases of Maher Zain's "Forgive Me" Live In Malaysia 2012 to all viewers and fans of Newskaki too, offers are valid till the day of concert. You don't need to buy any product, just join us and click it, and be the most creative blogger with the most likes, if you are not the one who gets free tickets, getting 5% discount with consolation prizes are waiting for you for each ticket purchases, WHAT'S MORE? Only in Newskaki, stay tuned.